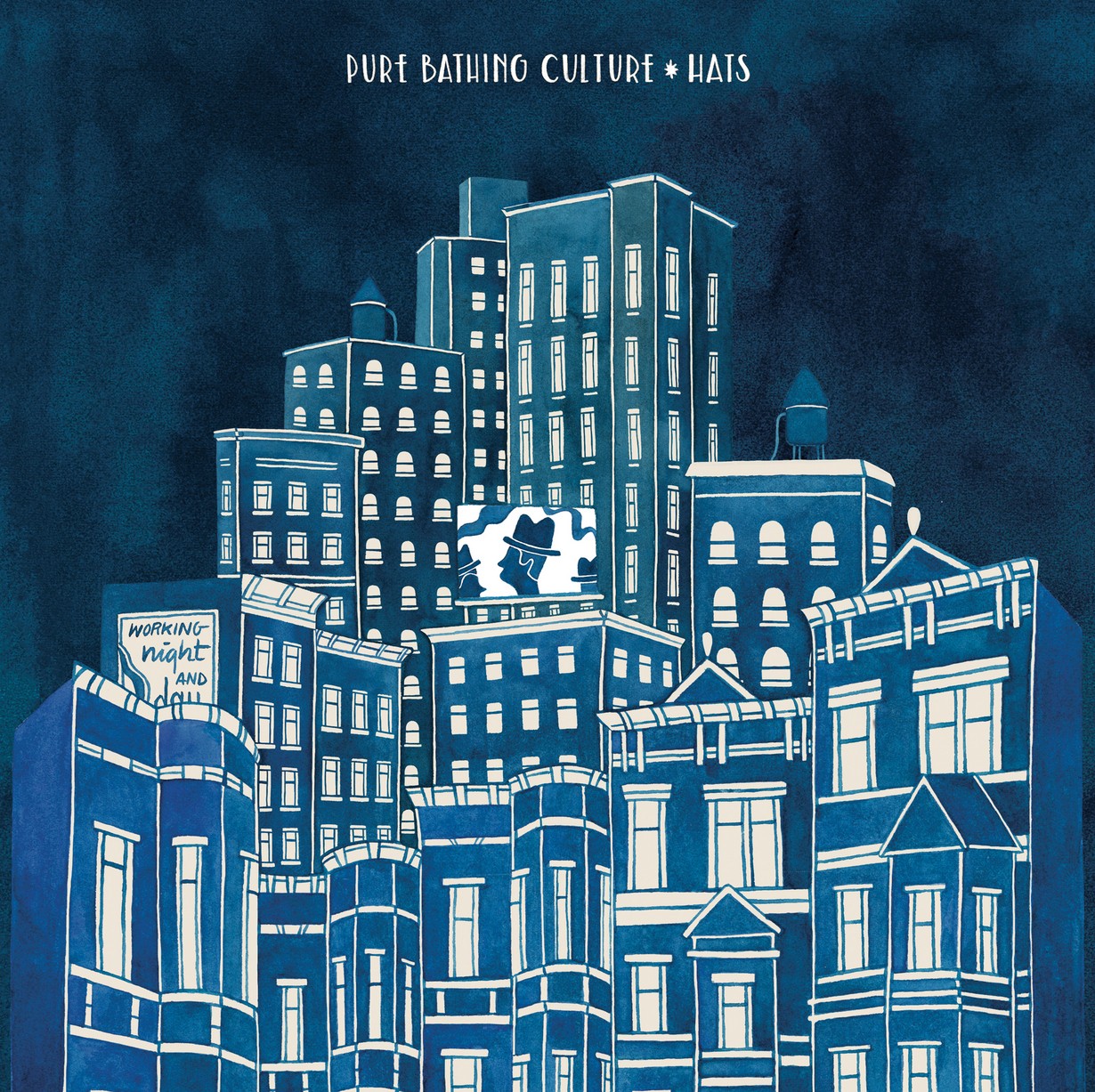 Pure Bathing Culture’s Sarah Versprille explains the synchronicity they felt the first time they heard the album: “We became immediately obsessed with their world of nostalgia and longing and the way the songs were simultaneously extremely sad at times but also intensely romantic and modern. It made us feel like the music we wanted to make was validated in some way by the fact that their music had already existed in the universe.”

Pure Bathing Culture’s version of Hats is only available by subscribing to SOUNDS DELICIOUS. In addition to a deluxe edition for our Kickstarter supporters, it’s available on blue colored vinyl for recurring subscribers and gift orders of 6-months or more (while supplies last) and on black vinyl for all other orders. As always, each copies comes packaged with a digital download of the album. Only 1000 copies were pressed in total! These are shipping now!

We’re also excited to announce that Pure Bathing Culture will be performing the songs from this album at a series of tour dates along the West Coast:

Earlier this morning our friends at Stereogum premiered the album’s first single, the album closer “Saturday Night,” which Pure Bathing Culture flipped into a duet featuring Death Cab For Cutie/Postal Service frontman Ben Gibbard sharing vocals with Versprille. You can hear that below.

TK073: The Dig – Scattered in the Moonlight EP