The 27 Best Cover Songs Of All Time 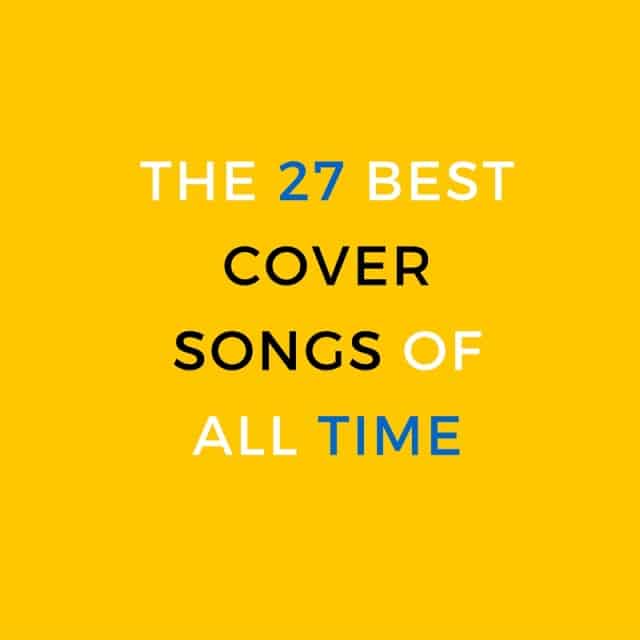 I know there are people who say they don’t like covers. Those people are crazy.

In fact, saying you don’t like covers is sorta like an admission that you have literally no idea what in the hell you’re doing when you listen to music. Yes, some covers are terrible, but some covers are incredible. Some covers take a song to a whole new level. You know, sorta just like everything else in music.

For example, I love Feist’s “A Limit To Your Love” but James Blake’s version is some serious stare-up-to-the-heavens-as-if-the-explanation-for-how-awesome-this-is-can-be-found-there type shit. I’ve listened to it so so many times and that arrangement melts my mind. Every. Single. Time.

Side note, if you don’t like Blake’s version of that tune: you’re just not listening to it loud enough.

Obviously, we’re fans of covers here. After all, we did just launch a vinyl-only covers service called SOUNDS DELICIOUS. You remember. It’s the one where The Pains of Being Pure at Heart and Kristin Kontrol are covering Tom Petty’s Full Moon Fever in its entirety (i.e. Free Fallin’, I Won’t Back Down, et al) and Foxygen’s Jonathan Rado will be reinterpreting Bruce Springsteen’s Born To Run from front to back. Other bands participating include Quilt, GEMS, Skylar Spence, Yumi Zouma, Salt Cathedral, and Mutual Benefit (with more announcements to come soon). By the way, those records can be pre-ordered here.

Now that I got that shameless plug out of the way, I’ve considered hammering away at my computer for the rest of the day rattling on about why covers are great – but really you either get it or you don’t. If you’re not into covers, that’s cool. Keep passing out your fliers and having your little secret meetings. For everyone else, here is a list of 27 of the best best cover songs of all time.

But, first, a brief (and entirely necessary) FAQ (because works of this magnitude always require a FAQ section):

2) James Blake – A Limit To Your Love (Feist Cover)

9) Talking Heads – Take Me To The River (Al Green Cover)

14) Radiohead – Nobody Does It Better (Carly Simon Cover)

27) The Pains of Being Pure at Heart – Laid (James Cover)