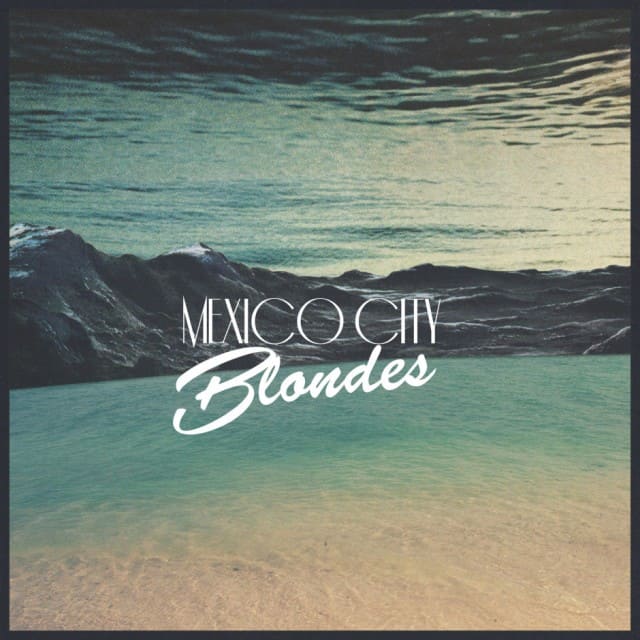 It’s been a month now since Santa Barbara’s Mexico City Blondes debuted their self titled EP, and although their champagne bubbles may have finally subsided, it is my opinion that it’s never too late to celebrate great music. So carpe better late than never.

Among the six stunning tracks found inside the MCB EP are three previously released favorites, two of which we featured this time last year, leaving three fresh, new treats for our ears to indulge upon.

“Worry” showcases everything great about this duo and their ability to dance along the train tracks of a song without derailing it. From the beginning, it has an effortlessly easy-to-listen-to piano beat that hooks you right in, and Allie’s voice, dynamically narrow, keeps the pace pleasant and steady throughout the song. Their creative quirks are subtle enough to not influence the course of the song, yet if the track was playing as background noise in a crowded room, it would still catch your ear, as something different just happened.

The first of these happens early in at the 1:15 mark, there is a brief, neatly placed and random electric guitar solo, something that you would typically find packaged at the end of a song or repeated as a hook throughout, yet this one never shows it’s face again. Instead around the 2:15 mark, they decide to break beat all together and throw in a Spanish sounding acoustic guitar solo, all without steering the overall feeling of the track astray. This professional creativity with their sound is what really sets the band apart.

All in all Mexico City Blondes are a band to keep your eye on as they continue to polish their one of a kind sound. In the mean time do yourself a favor and pick up their EP here on iTunes and take your ears on a much appreciated musical journey.