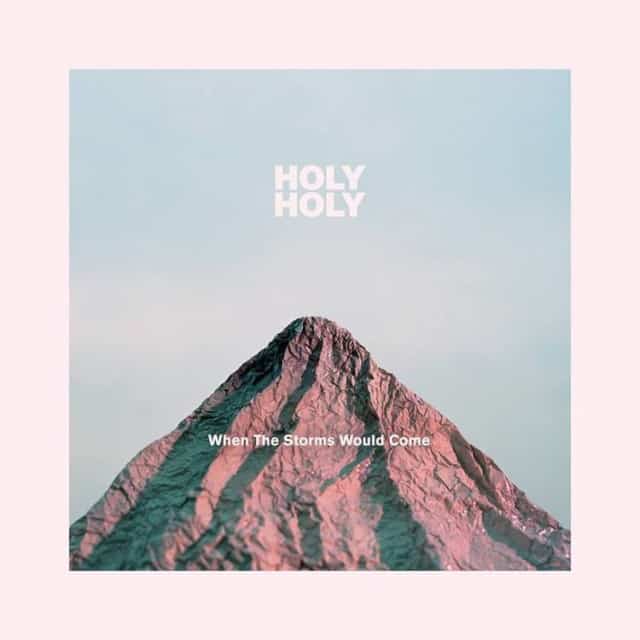 For being a band only a couple years in the making, Australian bred Holy Holy’s sound, content, and composition compares favorably to those of bands who have been making music for decades. Their debut LP When the Storms Would Come has (unfortunately for the rest of the world) only been released to Australia as of just a few days ago, however if the 3 previously released tracks streaming over on Soundcloud are any indication of what the rest of the album is made of, I have a feeling Holy Holy is going to be a buzz worthy band to fawn over.

Each song presents itself much like a leather bound book: classic, literate and possessing the ability let your mind drift deep into it’s story. For example,  “Sentimental and Monday” is a melancholic tale of leaving things behind – although vocalist Timothy Carroll’s voice helps soften the blow. Rustic and pastoral, it feels like a worn, tweed, three button vest with each note sung, and carries a sense of comfort and home with it throughout the song. The simple and poetic wordplay compares to something you would find in a Death Cab for Cutie song “alone on a crowded train, the city gives, as it takes away……this darkness is nothing but a lack of light” while the soundscapes painted by the instrumentals summon the likes of Band of Horses and The Walkmen.

And, if you like that, “You Cannot Call for Love Like a Dog” is an equally infectious and intelligent tune, and what the band themselves describes as “perhaps the best representation of what Holy Holy is.” The long hollering vocals layered over the driving beat is what I would imagine The War On Drugs would sound like if a slightly sedated Colin Meloy (The Decemberists) were their front man. The real treat of the song happens about four minutes in when Oscar Dawson unleashes a minute and a half long 80’s like guitar solo to close out the song.