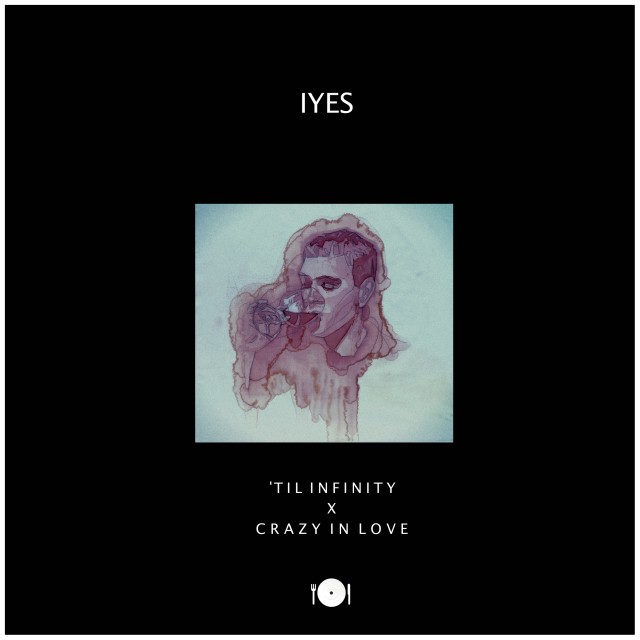 Once upon a time. How many great stories do you think have begun with that phrase over the centuries? Probably countless. The phrase (or some variation of it) exists in over 75 languages and has been in use since at least 1380. It’s particularly common when telling fairytales, myths or fables. So it’s appropriate that Brighton-based duo IYES begin crafting their own mythology by singing that phrase as the first line of their first proper single “’Til Infinity.”

The duo, which consists of multi-instrumentalist/producer Josh Christopher and vocalist Melis Soyaslanova, initially met at a dinner party Christopher hosted for some friends at his home in Brighton a little over a year ago. It wasn’t long before they were hashing out the rough sketches for their first recordings over bowls of soup and reality television. Not long after that they’d already generated a buzz.

Indeed, they immediately received early praise from popular music sites like Pitchfork, Disco Naïveté, Pigeons and Planes, and (of course) Turntable Kitchen. Their first official single “Til Infinity” initially debuted on Zane Lowe and quickly received rave reviews from music bloggers and print publications alike. They were hailed by the Sunday Times as “quite simply one of the greatest things [we’ve] heard in ages.” Meanwhile, Ally McCrae of BBC Introducing said it best when he exclaimed, “I cannot, repeat, cannot get enough of this when it kicks in.”

A pounding, handclap-accentuated beat pushes “’Til Infinity” open as Soyaslanova steps boldly into the foreground brightly singing, “once upon a time, it felt right / once again, it breaks in front of me.” As the lyrics imply, there’s a darkness beckoning at the periphery of this otherwise bright pop song. Soyaslanova’s vocals are snipped and looped into an almost ghostly harmony that swirls beneath the surface as she promises in an almost affectless croon, “don’t you doubt my love ’cause it lasts ’til infinity.” At the song’s midpoint, Christopher enters with a pained chirp and sings, “it’s been so long, so long / I don’t feel this / I’m not clueless anymore.” It’s a fantastic pop song with a catchy beat, a strong hook, and an emotional center to anchor it. It’s no wonder it’s received the praise it has.

The flipside features the duo’s interpretation of Beyoncé’s “Crazy In Love.” Their version is stripped down into a dreamy, hip hop-tinged electro-ballad built around Christopher’s pristine production, a glistening piano-led melody and Soyaslanova’s beautiful, smoky croon. Staying true to their voice, the duo sound effortless in their task of rebuilding the tune in their own image. It also serves as the perfect counter balance to the single’s a-side. It’s proof we can expect big things from this duo in the months to come.

This is an exclusive, limited edition vinyl single. We made 500 copies on “black with baby blue and purple splatter” vinyl alongside a special edition of 150 copies on “electric blue with black and purple splatter” vinyl for our gold club members. Less than 50 copies remain of this debut single and they won’t last long. Subscribe now if you want one.

Single Serving: Hundred Waters – Down From The Rafters