Musical Pairings: Foxygen - We Are The 21st Century Ambassadors of Peace and Magic - Turntable Kitchen
Log In or Register
0 Items

Musical Pairings: Foxygen – We Are The 21st Century Ambassadors of Peace and Magic 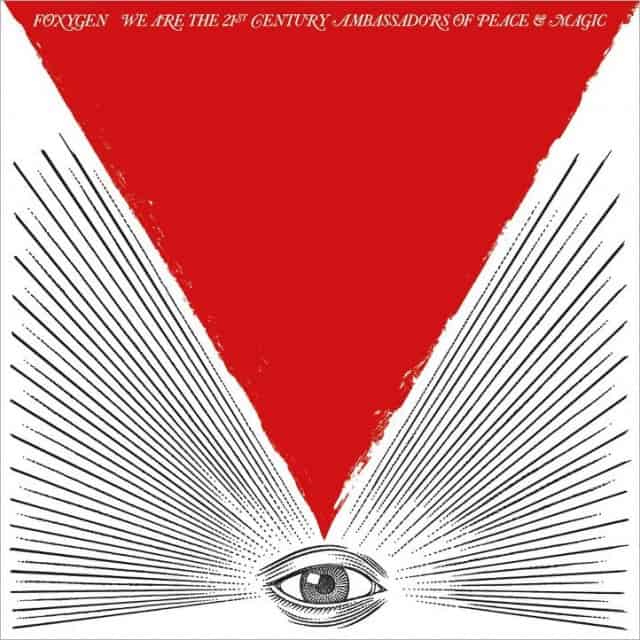 I love when music surprises me. I mean that both in a general sense (i.e. when the broader music “scene” evolves in unexpected ways) and in a specific sense (i.e. when I hear an intriguing bridge or otherwise surprising song structure). Nonetheless, I almost inevitably expect my favorite album of the year to be by a band I already love. In fact, I start every year with a list of records that I’m really excited about. For example, if there is a new record by Spoon, Radiohead, or The National, then I’m on pins and needles waiting for their release. Yet, inevitably, at the end of the year many of my favorite albums were records I didn’t anticipate. And, conversely, sometimes those highly anticipated records prove to be disappointments.

On paper, Foxygen’s We Are The 21st Century Ambassadors of Peace and Magic is not an album I’d expect to like. In fact, on paper, it sounds absolutely terrible. First, there is the fact that every song on the album could be described as an all-at-once medley of lesser known b-sides by Bob Dylan, Rolling Stones, Beck, The Velvet Underground, The Beatles, and The Fiery Furnaces. Second, the lyrics are pretty much nonsensical and at one point a song’s lyrics seem to openly borrow from both “The Hokey Pokey” and Dr. Seuss (i.e. “put your left hand out / and you shake it all about” and “you can chew bubblegum / if it makes you have fun”). Then there is the fact that the vamped-up harmonies often sound as if they could have been recorded for Rocky Horror Picture Show. And, I considered the collection of songs I’d previously heard by them to be a mixed bag. Yet, in spite of all of that, We Are The 21st Century Ambassadors of Peace and Magic isn’t terrible. In fact, much to my surprise, it will almost certainly prove to be one of the best albums we’ll hear all year.

Foxygen began back in 2004-2005 when Jonathan Rado and Sam France, high school students at the time, decided to start a band together. Their first gigs together were little more than show-and-tell sets for classmates banging out tunes inspired by Brian Jonestown Massacre using instruments that they’d picked up off eBay. But in 2009 they released an EPs worth of material, titled Kill Art, that impressed everyone who heard it. It was after the relative success of that self-released EP that they started to think they could be more. From the sound of it, you could say that they surprised themselves. If there is any one thing Foxygen has completely nailed, it’s the ability to surprise the listener without being abrasive or alienating.

Indeed, their song structures are rarely straight-forward. Instead the duo continuously favor the side-winding meanderings and tempo-shifting experiments of psychedelica. They borrow heavily from familiar sources (i.e. see all of the rock music of the late 60’s and early 70’s), but, although the songs often have a familiar vibe, they are also often difficult to precisely pin down. For example, a song can begin as a swirling space rock groove, slowly collapse into a mess of percussion and guitar, before the air clears and a bright piano melody draws things to a close (as on closer “Oh No 2”). All the while, France’s vocals manage to transition effortlessly between the sing-talk delivery of Lou Reed, the raw swagger of Mick Jagger, and the playfully weird croon of Beck. Clearly, the duo have more than enough tools in their kit to keep the listener off balance and fully engaged. Put another way: this is an album that will surprise you in all the right ways.

I’m pairing We Are The 21st Century Ambassadors of Peace and Magic with Kasey’s Double Vanilla and Cardamom Marshmallows. The marshmallows, like the album, are deliciously surprising. First, the fresh vanilla bean and cardamom add unexpected flavor and complexity to the recipe. But also, the marshmallows, like the album, are soft, airy and addictive. Both will prove to be popular treats for people, like myself, who enjoy surprises.

Buy We Are The 21st Century Ambassadors of Peace and Magic from Insound. Then read Kasey’s recipes for Double Vanilla and Cardamom Marshmallows.