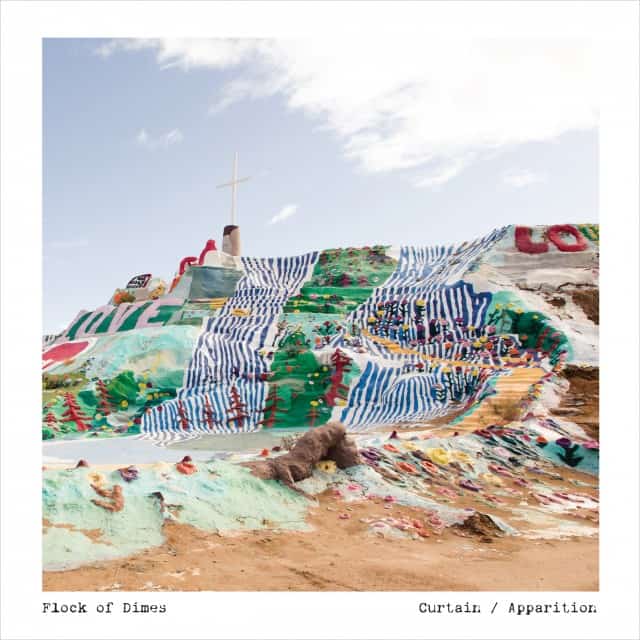 Jenn Wasner of Wye Oak is releasing her second 7″ single as part of a series for her Flock of Dimes side project on Merge Records next month. “Curtain” is the single’s a-side. Wasner described the lyrics as documenting “the thoughtless, obsessed joy of new love.” The tune’s heart and soul, however, is it’s beautiful, reverb-soaked melody led by a Wurlitzer organ and warped, sparkling guitar glints. It’s a slice of gorgeous, obscured pop. The single is limited to 1,000 copies so get one from Merge before they are gone.