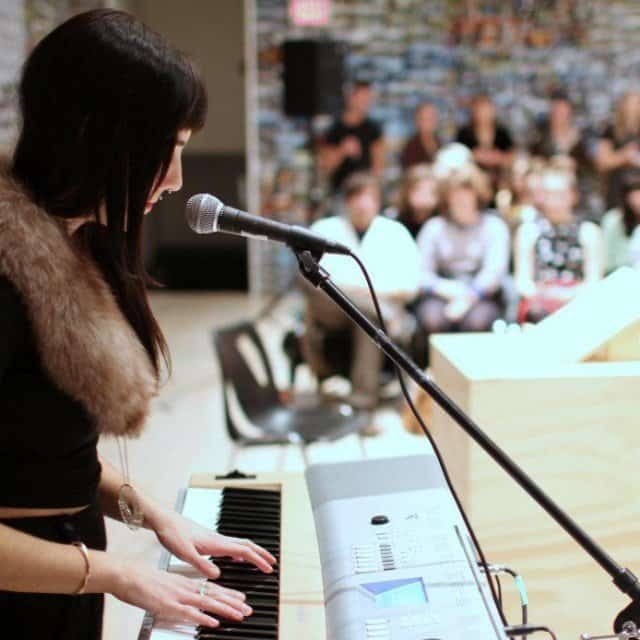 I crushed hard on the Evy Jane debut EP back when I first heard it early this year. And after having lived with it for the better part of the year now, it’s safe to say that it may be my favorite new music discovery this year. So, as you can imagine, I was really excited to see what Evy Jane would recommend when I asked them to share one of their favorite new music discoveries. And Wow. I’m thinking I need to start asking musicians to contribute their favorite new tracks more often. I was impressed by the songwriting and vocals on these tracks. You will be too.    ~Matthew

I really love my friend Zoey.
She is my kinda girl:  hyper-intelligent, funny, weird, and of a kind & feral heart.  She can do several magic tricks (They’re not tricks!! It’s real!!) that I’ve never known anyone else in the world to do.  REAL witch.  Not just another Tumblr witch!
Beyond this, she writes acoustic pop anthems like it’s no big deal.  They’re all such well-written songs.  She just gets it.  You can hear some of them here:  http://soundcloud.com/zoey-ockenden
She and I are just finishing editing a music video for a song we made together.  It was my first time producing in Ableton, and both of our first times making a video.  IT WAS SO FUN.  I will post it on my twitter (@heavyevelyn) in a few days!