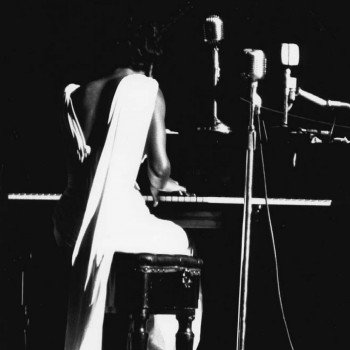 Nina Simone’s catalog include two of the most powerful tracks ever recorded: “Feeling Good” and “Be My Husband.” The latter of the two first appeared on her 1965 album Pastel Blues. It is a completely stripped-down, bluesy affair featuring nothing more than handclaps and some subtle hi-hat to accompany her a cappella vocals. It was penned by Simone’s then husband and manager Andrew Stroud. The track lends itself to dramatic live performance and has long been a favorite of vocalists with the ability to carry the tune with little accompaniment. As captured on his Live at Sin-é album, Jeff Buckley covered the tune swapping the gender role of the vocalist so that the track was sung as “Be Your Husband.” Shara Worden covered it live as well early in her career as My Brightest Diamond, and Damien Rice released a live recording of the track performed with Lisa Hannigan. Each track retains the minimalist arrangement of the original.

So what do you think?  Does Jeff, Shara, or Lisa take this one?