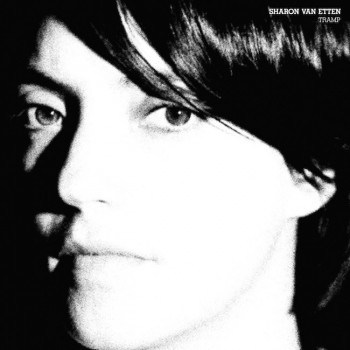 Sharon Van Etten’s star is definitely rising. Her last album, Epic, was critically acclaimed and helped her secure the foundation of her fan base.  She developed a reputation for breath-taking live performances by flooring her audiences with her impressive vocals. And now she is poised to release the follow up to Epic, titled Tramp, which features a who’s who of the Brooklyn indie-rock scene featuring Aaron & Bryce Dessner from the National, Zach Condon from Beirut, Julianna Barwick, Wye Oak’s Jenn Wasner, the Walkmen’s Matt Barrick, and Doveman’s Thomas Bartlett. The urgently percussive “Serpent” is the album’s teaser and first release. It’s darkly brooding, rhythmic and ruthlessly confrontational: “You enjoy sucking on drinks / So I will fall asleep with someone other than you.” Ultimately, the sense is that her “sound” is growing more developed to meet with her rising prominence as a songwriter, but the heart of her songs are still jilted and lovelorn.