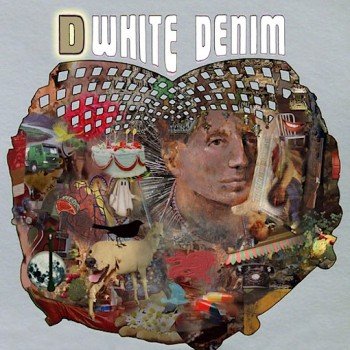 Attending a concert can be a ritualistic experience on the same level as a religious rite. Personally, I was once so into hearing/seeing live music, I used to go to at least one concert a week. And when I’d go, I’d go full out. To this day I don’t half-ass my concert going experiences. I like to arrive early so that I don’t miss the opening band. I normally stand close to the front of the stage (sorry shorter people, but I need to be able to feel it too). And I do my part. I come ready for the rock. I’m amped, and I’m expecting the band to own it. I expect them to bring the magic. The voodoo. And the best live bands do just that. In fact, they are dangerous. They’ll make live music so hot it can melt your brain. If you are a regular concert goer, you probably know what I’m talking about. You’re probably thinking of the last band to blow your mind. For me, that band was White Denim. And based on their reputation, these guys bring the fire pretty much every gig.

Hearing a great live band perform can change the way you hear their recorded music too. For example, although I’ve been a casual White Denim for awhile now, the value of their stock increased dramatically for me after seeing them live. Their rhythm section is tight and powerful. The dual guitars are explosive and kinetically charged. And when they meander off onto an, let’s call it an “instrumental interlude,” it doesn’t sound so much like they are jamming as much as it sounds like an intense, improvisational sonic-assault fully powered with raw guitar grooves and primal rhythms. And it definitely changed the way I hear their latest album, D. The album is smokey, complexly arranged and trance-inducing. It’s got that black magic that makes their live show so entrancing. And what’s more is that on D they demonstrate that they know how to marry their visceral, wandering melodies with straight-forward pop sensibility. From the way I describe their live set you might think these guys were going to sound like Rage Against the Machine or Black Sabbath, and at times they do carry that intensity. But more often they sound like indie-pop of the same strain as The Flaming Lips or even indie-folk like Fleet Foxes. They successfully blend elements of prog, country, jazz, rock, psych and funk to end up with a pretty unique groove that can be irresistibly entrancing. And for all of those reasons it is a great pairing for the devilishly delicious Lumberjack Cake that Kasey adapted from Frances‘ recipe, which coincidentally is one of the more memorable and hypnotizing desserts you’ll find while dining out in the Bay Area.

Head back to the Kitchen to read the recipe for Kasey’s adaptation of Frances’ Lumberjack Cake. Then head to Insound to buy D on vinyl. 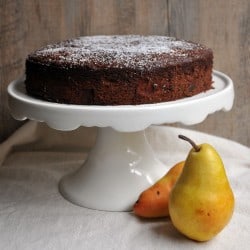