Single Serving: Tennis - Tell Her No (The Zombies Cover) - Turntable Kitchen
Log In or Register
0 Items

Single Serving: Tennis – Tell Her No (The Zombies Cover) 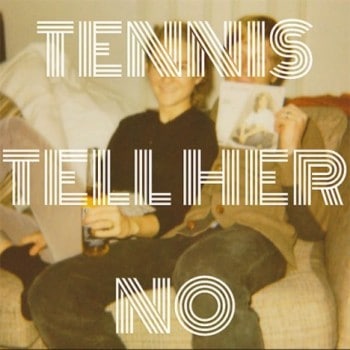 The independent music world is a funny place in 2011. Last summer, like many other people, I’d fallen in love with the pair of introductory EPs released by Denver, Colorado husband and wife duo Tennis. Because of how much I liked those two singles I had high expectations for their debut album. Maybe unrealistically high expectations even. Whatever the case, I was disappointed by the debut album. When they released the first single from the album I decided I wasn’t really interested in posting it, and later when I finally got the whole album, it was quickly stashed into my collection and forgotten about. There was something missing from that debut that had made those singles special. So, considering their debut was a disappointment, does it make any sense to say that Tennis may be primed for a comeback? Can you have a comeback from only a pair of strong singles? In 2011, I’d say the answer is definitely “yes.”  Tennis have recently released this cover of the Zombies track “Tell Her No” as a teaser for their next 7″ single which is slated for release by Forest Family Records. This time I held off on posting it, not because I wasn’t sure if I liked it, but only because I needed to decide how I wanted to post it (i.e. as a single serving or on a mixtape). Ultimately, I’ll probably do both, but I realized that I just wanted to share it with you without sitting on it any longer.  I’d love to hear what you think.

Tennis – Tell Her No (The Zombies Cover)

Watch for the preorder on the always reliable Forest Family Records.