Musical Pairings: House of Wolves - Fold In The Wind - Turntable Kitchen
Log In or Register
0 Items

Musical Pairings: House of Wolves – Fold In The Wind 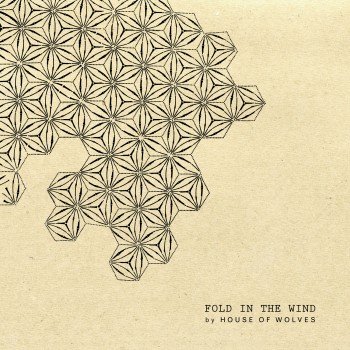 The name a band or artist selects for their themselves can say a lot about who they are as artists. For example, House of Wolves is the nom de guerre Los Angeles’ Rey Villalobos selected for himself, and it certainly speaks to who he is.  Literally it would seem, as the name “House of Wolves” comes from a Spanish to English translation of his surname Villa-lobos.  So if his choice of name is intended to suggest that Villalobos’ music is very personal to him, his debut album, Fold In The Wind, certainly speaks to that.  Instrumentally speaking it is raw and largely unadorned, and most of the tracks on the album consist of little more than acoustic guitar and/or warmly ministerial piano.  Indeed, the melodies, though certainly not an after thought, seem to be thoughtfully arranged stages for Villalobos to affectingly project his feelings through his voice.  It is a skill he proves to be quite good at and which he successfully repeats throughout the album.

His powerful falsetto is quivering and tender from the album’s very first moments as he sings “kiss me like it’s the 50’s” on the opening cut “50’s.”  And so it remains throughout the length of Fold In The Wind until he finally breathes in a hushed whisper “baby, baby, you’re the one” on closing track “Flight.”  In part, the album succeeds due to Villalobos’ voice which very capably radiates warmth, compassion, and, simultaneously, pain, so that when he sings “it is the bitter side of life that I like” you know that he means it.  I’ve frequently made it known that I appreciate music and food that retains flavor even when stripped down to its essential elements, and on Fold In The Wind, House of Wolves does just that.  In that regard, the album pairs well with Kasey’s Lentil and Turnip Soup with Pounded Walnuts.  The recipe, like the album, is delicious, but doesn’t rely on an entire shopping-list of exotic ingredients or time-consuming techniques to deliver amazing complexity.  Instead, it relies on the natural flavors of its ingredients to offer a fully satisfying meal.

In the Kitchen you’ll find the recipe for Kasey’s delicious and hearty Lentil and Turnip Soup w/ Pounded Walnuts.  You can download House of Wolves’ Fold In The Wind from Bandcamp. 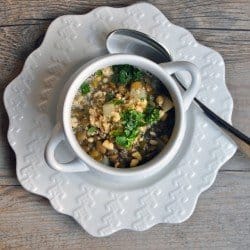