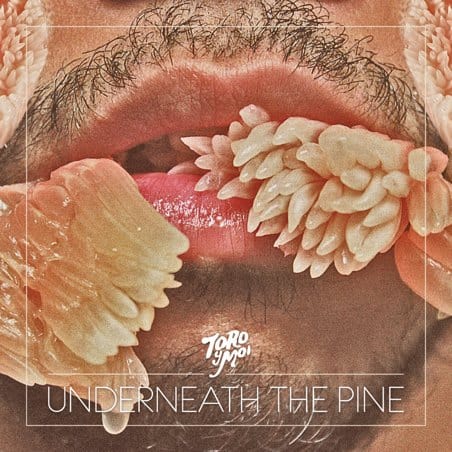 As you may have heard, Toro y Moi (a.k.a. Chaz Bundick) released his sophomore album last month – and it’s pretty darn good.  One review from a prominent music publication (I’m not going to point any fingers – I have some reviews I’m not proud of) suggested that one of the most overlooked aspects of Toro y Moi’s last album was its “lush ambiance.” I found the comment surprising, because for me, that is like saying one of the most overlooked aspects of Radiohead’s OK Computer is Johnny Greenwood’s guitar, or Thom Yorke’s vocals or songwriting. I had thought there was a pretty solid consensus that the Mr. Bundick’s ability to create lush, layered ambiance was one of the album’s most obvious and appealing strengths. Sure, his vocals and lyrics are often spot on and his thoughtful melodies sink-in deeper with repeated listens, but that lush, beautifully textured ambiance is what really hits you.  And yeah, that was true on Causers of This, and that is still true on Underneath the Pine as well. But the ambiance on Underneath the Pine is very different from the ambiance  of it’s predecessor.  Causers of This crackles, pulses and shimmies in a deep, scattered groove. Underneath the Pine is more flash, more disco and more hip-swayingly rhythmic.  As to whether or not it is better than his last album, that will definitely depend on the listener’s preference.  Personally, I have a slight preference towards Causers of This.  This is primarily because I suspect that when I want to hear a Toro y Moi album in the future, it is the one I expect I’ll scroll to on my iPod and pull from my stack of records.  But I definitely find tracks like “New Beat,” “Still Sound,” and “Elise” to be irresistible. All three tracks, like most of the rest of the album, have an upbeat and smooth disco-pop groove that makes them shine.  In fact, “Elise” is probably my favorite Toro y Moi track to date featuring a tense, jittery intro featuring skittering piano and a slinking-bass line that slowly builds into a spiraling, flowery serotonin-producing space jam.  At six minutes, it is over twice the length of the other songs on the album, but certainly doesn’t feel like it despite the somewhat lengthy break-down that fleshes out the tracks midsection.

Because it is upbeat, sugary and sweet, Underneath the Pine pairs well with today’s recipe in the Kitchen: candied orange peels.  These addictive – and yes irresistible – bites were a big hit in our household.  They are chewy, aromatic and, as the name implies, taste just like candy. Kasey tells me the recipe is somewhat time-consuming – albeit relatively simple in terms of the actual preparation – but they are definitely worth the time required. Similarly, Underneath the Pine is Toro y Moi’s sweetest sounding album yet, and although it may not be his most rewarding album, it is rewarding nonetheless and definitely worth getting familiar with it.