Tayler’s Automatic Refresher: A Review, A Side (ways) Trip - Turntable Kitchen
Log In or Register
0 Items

Tayler’s Automatic Refresher: A Review, A Side (ways) Trip 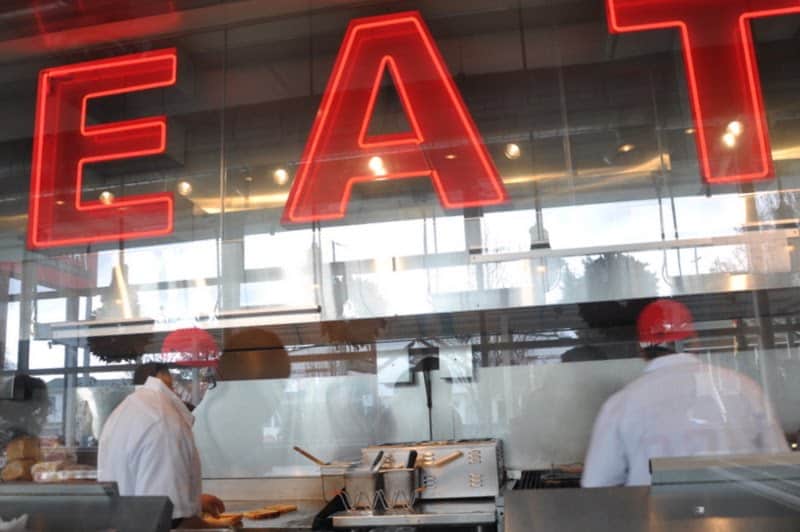 Ever get that feeling that you just want to get in a car and drive? Watch the rolling hills pass you by, and the city fading in the distance (if you live in a city)? I get that feeling every once in a while–problem is, I don’t have a car. So sometimes it’s hard to get away, and getting on the bus just feels…suffocating. Don’t get me wrong, I appreciate living in a city and walking and public transportation. But there’s something to be said about a long drive, with no direction.

Over New Year’s Eve weekend, we reserved a rental car in the hopes of doing just that (well, with a little direction–a hike in Sonoma County). Unfortunately, the weather conspired against us and early morning fog and drizzle didn’t seem like optimal hiking conditions, so we had a change of plans.

Instead, we drove, and drove (ok, it was only a little over an hour, but it felt longer!) and we stopped, naturally, at a hopping spot around the corner from Napa’s Oxbow Public Market (Napa’s answer to San Francisco’s Ferry Building)–where we spent a significant amount of time browsing spices and cheeses. What’s the spot, you might ask? Tayler’s Automatic Refresher, which was abuzz with families, couples and friends. 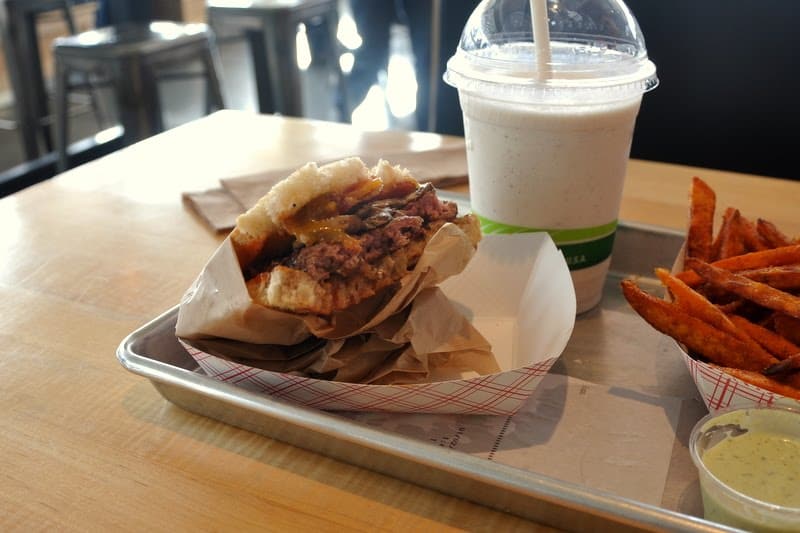 So I have a confession to make–I didn’t actually order a burger here–which some people might call a travesty (should I have handed the laptop over to Matt for this review?). But, I did get a big bowl of spicy, creamy tomato soup that was just what the doctor ordered. Quite spicy and loaded with cream to remind you of the good tomato soup + grilled cheese days. My husband, though, made up for it by ordering the Wisconsin Sourdough burger (overflowing with grilled mushrooms, bacon, cheddar cheese and BBQ sauce on sourdough bread baked at the bakery next door). He also ordered sweet potato fries dusted with chili powder and an egg nog shake. Life’s just not worth living if you can’t have an egg nog shake, I guess. In any case, this place was legit. Matt barely talked between bites. The entire kitchen is seen through a glass screen and you can watch huge patties being press down on the grill. 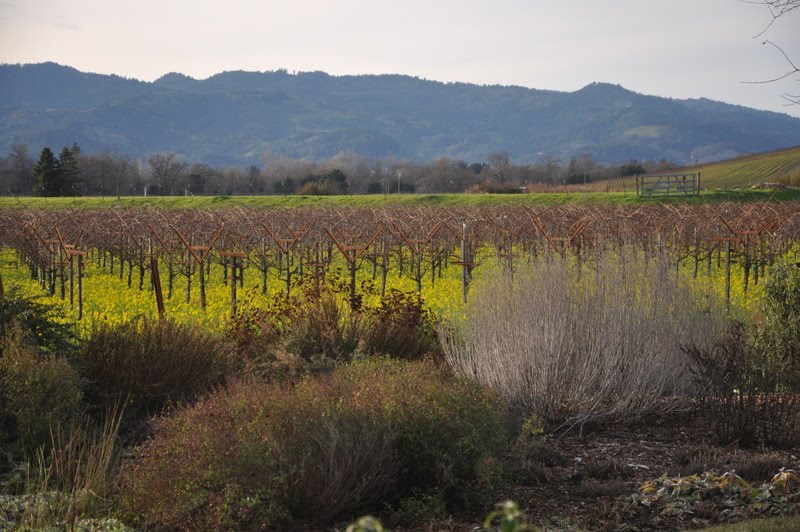 For non-burger eating-folks, there are a good amount of options (my soup included, as well as fish tacos, salads, hot dogs, and of course, veggie burgers). There’s also a grilled cheese offered on the menu–and here’s where I have a problem. I realize that Taylor’s goal–and its entire aesthetic–is all about making the 60s drive-in diner experience modern. But, it made my heart hurt a little to see the grilled cheese offered to be American cheese on white bread. I’m a big believer in grilled cheese, but being a cheese lover, I just can’t fathom why you wouldn’t make grilled cheese with cheddar. Or gruyere. Or whatever else. So you see, I’m not a grilled cheese purist, apparently. In any case, what was great about Taylor’s and our lunch stop there, was that it fully captured that feeling I had all day–to enjoy a nice drive…to a burger joint…even if you don’t eat the burger. Haven’t we all been there at one point or another? 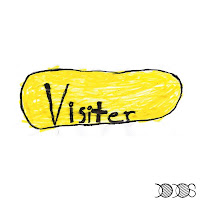 Without question, San Francisco’s the Dodos are one of the most critically-acclaimed bands to launch from the Bay Area in the past few years. The Dodos have recently evolved into a three piece act with the addition of vibraphone player Keaton Snyder, but at the time of the release of their well-regarded 2008 album Visiter (which happens to be today’s Local Pairing) they were only a duo consisting of songwriter/guitar player Meric Long and drummer Logan Kroeber. Long had been playing as a solo musician around San Francisco (and had released a solo album entitled Dodo Bird during that time) when he was introduced to Kroeber through a mutual friend. Based on Long’s training in West African Ewe drumming and Koeber’s experience playing in metal bands, they wanted to forge a sound that allowed the drumming to take a central roll that could help develop the melodies of the acoustic guitar. Head over to Musical Pairings to keep reading. –Matthew