Just looking at these pictures from Uva Enoteca make me want to go back. This is my kind of food: cheese, meats, small plates, bread, delicious nibbles. All in a super-sleek, dare I say, hipster, setting in the Lower Haight. If you’re new to eating/sf (and if you’re new, please do say hello–hi there!), you might not know that the sf in eating/sf sort of has a dual meaning: first and foremost, it stands for the food that we eat–simple (usually), focused on fresh and nutritious (unless we’re talking about three cheese mac & cheese night). But, since we’re living in San Francisco and all, we’re also, coincidentally, eating around San Francisco. Clever. I’m so clever.

Anyways, the topic at hand: today’s restaurant review–one that’s becoming a staple, I might even say. It started with a girls night with my BFF, and then led to a girls night with quite a few friends. Both times were…well, are you looking at that big honkin’ plate of prosciutto and that ridiculous ice cream/gingersnap cookie dessert? Yeahuh.

What I love about Uva is that it’s everything that I love about food: simple, unpretentious, nicely presented, a bit rustic, and all about the ingredients. More importantly, Uva isn’t just a place to eat, it’s a place to drink. Wine. And good wine, at that. The Enoteca part of the restaurant’s name sort of implies its other strong point: it prides itself on its wine list. In Italy, an Enoteca is a sort of wine library–a place where people can go to taste wines. Uva, to me, definitely evokes feelings of being in an enoteca in Italy–from the brick walls, to the mood lighting and very no-frills approach (lots of wood/glass, not a lot of color). Dishes that stand out to me (aside from the delicious meats and cheese plates, of course) are the fregola with currents and sunchokes, root vegetables and sage and balsamic brussels sprouts. I recommend coming with a bunch of friends, getting a wide selection of meats and cheeses, salads, veggie ramekins and maybe a pizza or main. Oh, and just order the bottle of wine. Those quartinos don’t last long. 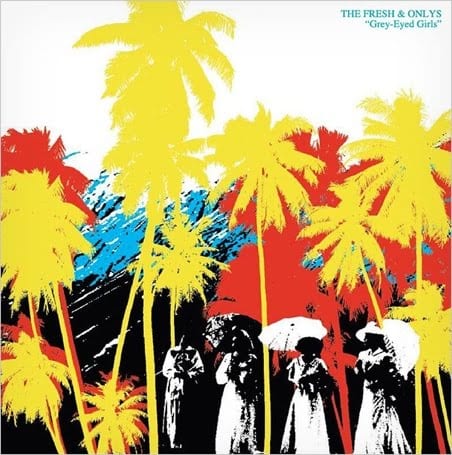 The Fresh & Onlys are one of the San Francisco music scene’s best-kept secrets. A psychedelic-garage pop band, the Fresh & Onlys were founded by frontman/guitarist Tim Cohen and bassist Shayde Sartin. The two were co-workers at Amoeba records when Cohen passed a demo he was working on to Sartin. Sartin was impressed by what he heard and called off work to join Cohen in recording a collection of songs that later formed a significant portion of the Fresh & Onlys current catalog. They are joined by guitarist Wymond Miles, drummer Kyle Gibson, and backup vocalist Heidi Alexander. Their most recent release, today’s Local Pairing, Grey-Eyed Girls was released by Woodsist in September of last year. Notably, the prolific group’s debut was released in April of last year by Castle Face Records and their third full-length is scheduled for release this summer on In The Red. For more, head over to Musical Pairings. –Matthew

Single Serving: Aretha Franklin – You Keep Me Hangin' On (The Supremes Cover)