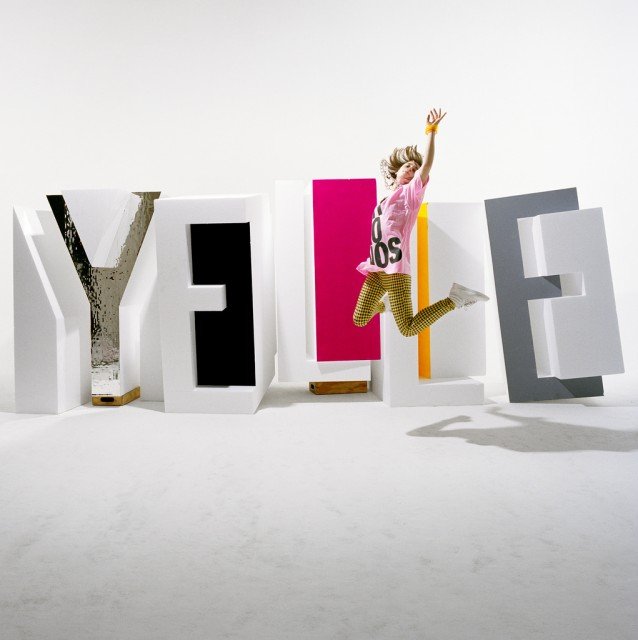 I’m pretty tuned out when it comes to pop music. Some people I meet will occasionally make the mistake of assuming that because I listen to music they’ve never heard of, I know everything about all music. Because I ride public transit, I don’t listen to the radio very often, so it’s not uncommon for me to overlook something played on modern, alternative rock radio, or other pop music outlets.

The first time I came upon a track by French, electro, hip hop artist Yelle I thought I had discovered a completely unknown commodity – some sort of indie, blogger secret. So I was mildly surprised when I heard “Je Veux Te Voir” during an episode of Entourage. But I was really surprised several months later when I learned that she was receiving heavy rotation on MTV as their Artist of the Week. Nonetheless, Yelle rightfully receives some indie cred – most likely because she is another example of the rags (i.e. Myspace) to riches (i.e. mainstream success) story that has become not entirely uncommon in the past few years. I guess that makes her sort of like a French version of M.I.A. or Lily Allen: simultaneously embraced by both the mainstream and underground. Of course, it’s really no surprise that her dance-y debut album, Pop-up, was such a success. After all, it is really good.

The pure upbeat, whistle-along exuberance of opening track, “Ce Jeu,” perfectly compliments the songs lyrics about an exciting, but unstable romantic relationship (translated from French): “passion, emotion / correcting the equations / I mix up the solution / but I always get the same sensation / it’s clear I can no longer make / any sense of this exciting game.” Yelle follows up with this theme on her synthy, electro-pop cover of “A Cause Des Garçons,” which laments all things women do to seek the attention of men (again, translated from French): “What we do for boys / we wear stockings / we fight each other.” Despite the fact that the first two tracks on the album lyrically bemoan relationship with men, it is clear that Yelle is no victim. The catchy, hand-clap-happy song “Je Veux Te Voir” is actually one of the most cutting, devastating disses ever recorded (right after Jay-Z’s dis of Nas on “Takeover”). After unrelentingly belittling the sexual prowess of a French hip hop star, Yelle taunts him: “you are who I want to see tonight / Be ridiculed by a girl who raps better than you.”

Yelle has explained that her name is a feminized version of the acronym “You Enjoy Life.” And from her upbeat debut, Pop-up, it is clear that she does in fact want you to enjoy life. Head over to my favorite online retailer (Insound) to pick up Yelle’s record on CD or 2xLP.

Congratulations to Jake who won the Iron & Wine live at Norfolk CD from Record Store Day. If you didn’t win, keep checking back we have another give-away coming up in the near future.

Finally, don’t forget to head back to http://eating-sf.com to read Kasey’s buckwheat galette recipe. (Oh, and did anyone catch the Dark Was the Night concert in NYC last night? I hear Bon Iver owned it with his duet of Flume with My Brightest Diamond. The word is that it’ll be up on All Songs Considered at NPR soon)