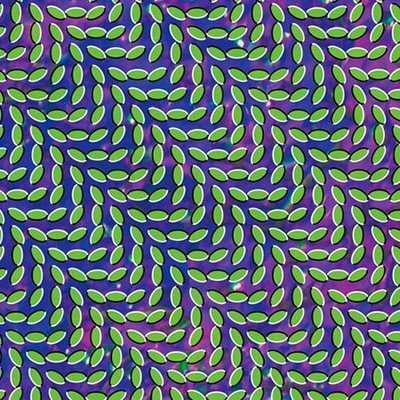 The last time Kasey and I prepared a salmon dish, we both felt slightly under-whelmed. For whatever reason, the dish didn’t turn out quite right. As a result, it was probably a good thing that the next time we prepared salmon, we stuck to something safe, something we knew we liked. This salmon and pesto dish is a classic, and Kasey and I have made some variation on this dish on numerous occasions. So, if you aren’t going to challenge your sense of taste with something experimental and new – why not challenge your ears?

That’s why I chose to pair Animal Collective’s Merriweather Post Pavillion with this meal. For the uninitiated, Animal Collective sound like an earnest attempt by an extremely musically inclined extraterrestrial to reconstruct the shredded master tapes from the Beach Boys’ Pet Sounds despite a ridiculous lack of insight as to conventional song structures in modern pop music. Disclaimer: although critically acclaimed, Animal Collective isn’t for everyone.

Head back to eating-sf.com to read the original pairing.

A Gem in Truckee-Pianeta, A Review