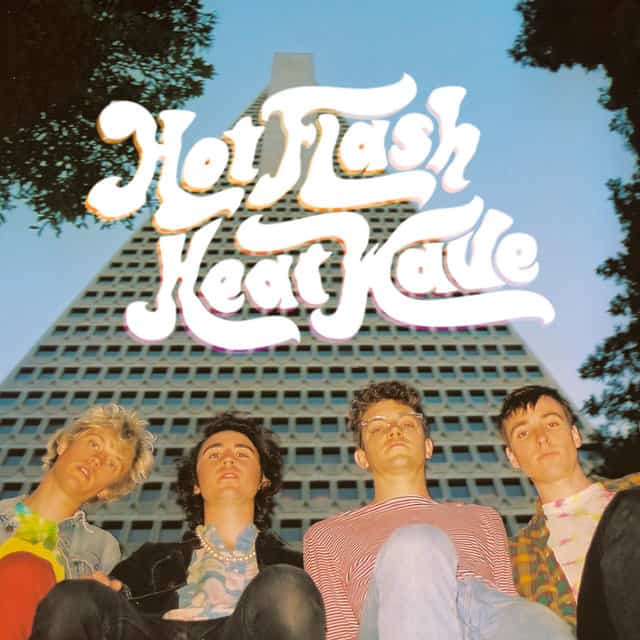 My friend Peter knows a thing or two about good music. He’s the NightLife Program Specialist for California Academy of Sciences (i.e. he’s the guy who booked bands like Hundred Waters, TOPS, Best Coast, etc. in a science museum/aquarium). He’s one half of the brains behind MEGABLAAG (i.e. SXSW’s meeting of the music blog minds). And he’s the blogger responsible for the hugely well-respected music blog Ears of the Beholder. So when Peter recommends a band, I listen.

Several months ago Peter and I were talking about the challenges of the current San Francisco music scene when he pointed to this new local band, Hot Flash Heat Wave, as an example of an artist who is doing it right. Obviously I bee-lined it home to check ‘em out. Unsurprisingly, he was right. Also unsurprisingly, other people have started to notice, too.

For example, praising their swagger and “punky vibes,” Paste declared that “Hot Flash Heat Wave is the best band to reignite the declining San Francisco indie rock scene.” In an equally effusive review, Noisey praised their “candied hooks” and “fuzzy guitars” describing them as “Weezer meets the Beach Boys.” And, as their reputation continues to grow, they’ve been playing gigs with the likes of other buzzy up-and-coming rockers like HINDS, Day Wave, and Twin Peaks.

Needless to say, we’re honored to release their first-ever piece of wax in this month’s Pairings Box. The EP features their singles “Hesitation,” “Homecoming,” and “Gutter Girl” alongside a previously unreleased home demo of “Hesitation.”

“Hesitation” is an absolute beaut of a power pop jam. Bright but stabbing guitar riffs flow along an infectious melody and affectless new wave-inspired vocals on the main verses. There’s plenty of meat on them bones already but it’s the bridge that really wraps it up with explosive, snarling guitar blasts and slowly intoned vocals.

Meanwhile, with its off kilter guitar licks and cooing harmonies, “Gutter Girl” has it all: killer hooks, loud guitars and playful lyrics. In fact, right now, somewhere in your record collection, Weezer’s blue album is perking up its ears and getting all warm and happy feeling. And although that should be terrifying – anthropomorphic records sprouting ears and suddenly developing feelings – it’s actually heartwarming and hard to resist.

We’ve pressed 350 standard copies on white vinyl alongside a special edition of 175 copies on cyan blue with orange crush a-side/b-side vinyl exclusively for gold club members. To get one you just have to subscribe to either the Pairings Box or our coffee and vinyl subscription service before the end of the month (unless they sell out faster than that as the last five consecutive months have).