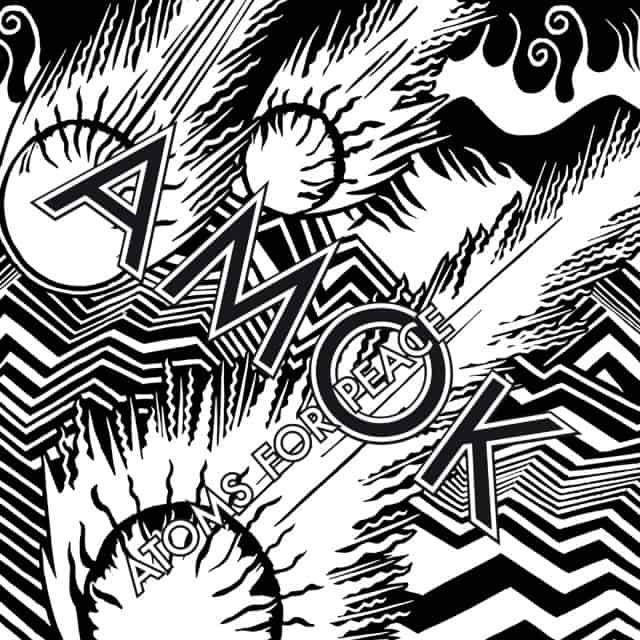 It’s strange but sometimes we’re hardest on those we love most. We hold them to higher standards. We expect more from them than we would from others. And when they don’t live up to those incredibly high standards, we’re disappointed. That might explain why I initially viewed Atoms For Peace’s AMOK as a disappointment.

As some of you may know, I’m an obsessive Radiohead fan. Not only do I own nearly every Radiohead album, EP, and single ever released, but I even went through a “phase” in which I collected at least a hundred (probably more) bootlegs of various Radiohead gigs (my favorites include Berlin 2000, Oxford 2001, and anything that included a passable recording of “True Love Waits” and/or “Big Boots”). Hell, I still think that Yorke’s first solo release, Eraser, was incredibly underrated.

So, yes, I was initially disappointed that AMOK was no In Rainbows, that it was no Amnesiac. In fact, after a dozen or so listens I decided I was trying too hard to like the record and put it aside. The only tracks that stood out to me on initial listens were “Default” and “Judge, Jury And Executioner.” A lot of the rest of it kinda blurred together and sounded like it lacked the punch it needed to really connect.

Then, about a week ago, I stumbled upon the video for “Ingenue” while scanning a list of the top records in Russia from 2013. Unlike my previous listens, I was struck by just how beautiful the underlying melody was while focusing on Yorke’s vocals. And the more I listened to it, the more I begun to appreciate the subtleties and textures of the sonic tapestry that accompanied Yorke’s voice. In particular I love the echo-heavy dripping percussion from the right channel, the high-hat like static on the beat, and the shadowy lead synth that propels the song forward. It’s incredibly elegant but not precious and clean. In other words, it’s a great freaking song.

And, perhaps unsurprisingly, I’ve begun to recognize that the same is true for a lot of the rest of the album. “Dropped” is fiery but graceful. Similarly, “Stuck Together Pieces” is viscerally textured headphone’s candy. It may not be album of the year material, but it’s nonetheless an incredibly strong record.

I’d hoped to share an embed of the recorded version of “Ingenue” but couldn’t find shareable embeds of any of the official recordings. Nonetheless, this live piano and vocals only version of the track performed by Yorke for the Jonathan Ross show is pretty incredible. In fact, it’s particularly effective at demonstrating just how pretty the song is.

You can read Kasey’s recipe for Black Pepper Tofu Pot here. Then head to the AMOK store to buy some stuff.