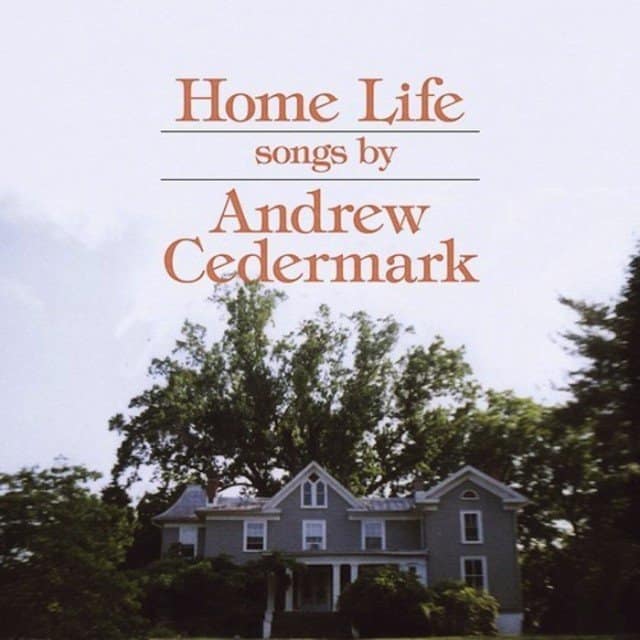 Andrew Cedermark’s 2010 full length Moon Deluxe is one of those almost criminally overlooked LPs that deserve far more hype than they ever received. Maybe that will change when Cedermark releases his follow up this year. His latest effort, Home Life, is described as being “about growing up only to find that you didn’t have to, and the subsequent discovery that the process is irreversible. Other irreversible processes discussed in the album include falling in love; losing friends while not making friends; and realizing that one is mired in a place where one does not belong.” You can hear the album’s first single “Canis Major” below.

Home Life is out July 16th via Underwater Peoples.