Turntable Kitchen’s Top ‘Side One, Track Ones’ Released Since 2000 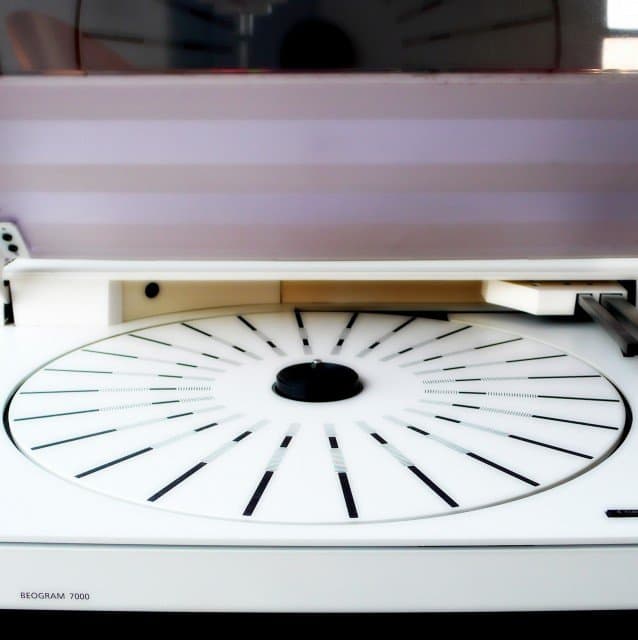 A first impression is a lasting impression.  At least that is the conventional wisdom.  And I’d argue that whatever wisdom lay in that theory with regard to social interactions applies equally to a listener’s interaction with music.  If you have a negative reaction (i.e. boredom, indifference, or outright dislike) to the first song you hear by a band, it can be very difficult to overcome that first impression. And although people are listening to music as “albums” less and less frequently, an album’s opening track is nonetheless often a band’s first opportunity to connect with a listener.  Additionally, opening tracks give the listener a sense of what to expect from an album. Think of what it says when an album opens with a big bang as opposed to a simple, sparse acoustic number.  They set the stage for everything that follows and the overall experience for the listener (I’d argue this is true regardless of whether the opening track is demonstrative of the rest of the album or not). And if the opening track is really good – it can be unforgettable. For example, it’s ridiculously easy for me, and I suspect for many rock music fans, to call to mind the first licks of Radiohead’s “Planet Telex”, Nirvana’s “Smells Like Teen Spirit”, Smashing Pumpkins’ “Cherub Rock”, the Rolling Stones’ “Gimme Shelter”, and the Beatles “Come Together.”  And when I hear “Planet Telex”, for example, I don’t just think of that one song.  Instead, my mind is filled with bits of “My Iron Lung” and “Fake Plastic Trees” and “Just” – I think of The Bends as an album.  And it takes hearing just a few notes to bring it all back.

And lots of ink has been spilled considering the importance of that first track – and even more ink has been spilled considering which tracks are the “greatest” side one track ones of all time.  Several of the tracks I mentioned above make those lists along with “London Calling” and “Airbag” and “Five Years” and “Tax Man” amongst others.  But surprisingly, there hasn’t been a lot written about contemporary side one track ones.  And maybe that is because there is general agreement that the album format is supposedly dead.  And who knows – maybe that is true.  It’s hard to argue against some indications that the album format may be becoming increasingly obsolete.

Irregardless, I will say that I still love listening to albums, and I still love a great first impression.  So with that in mind, I wanted to compose a list of some of my favorite side 1, track 1’s that have been released since 2000. And creating that list and then ranking those tracks was surprisingly harder than I’d thought it would be. To be honest, I kinda gave up – at least partially.   That is to say that this is most definitely not intended as a definitive list. Instead, this is merely a collection of some of my favorites. Nonetheless, some of these tracks were no-brainers. For instance, I can still remember the first time I listened to Kid A: “Everything In It’s Right Place” seemed so epic. I was in college at the time and I can remember downloading the album from Napster (or an FTP site – I can’t recall for sure) using a 56k modem.  I patiently waited to listen to the tracks – which downloaded one by one – until I had the whole thing.  I burnt it to disc using an enormous CD burner I had bought before they were standard equipment in computers, and then I hurried to my room to play my new album. I had these three-to-four foot tall speakers that I had requisitioned from my father’s old stereo system.  I positioned them exactly so that the speakers and my head made a perfect triangle. I turned off the lights and listened to the track for the first time.  It felt breathtakingly disorienting, impossibly complex and startlingly “new.”  My brain felt completely lit up trying to take it all in. And although the actual sensations were somewhat different and there was far less ritual involved, the first time I pressed play on Girl Talk’s Night Ripper I had a similar experience trying to identify all of the different samples.  I was in a car with my best friend and I can visualize the way my brow must have crinkled up as we tried hard to identify as many of the samples as we could.  It felt like listening to pop music written in code specifically for pop music nerds.  It was so novel and exciting.  Similarly, I still find tracks like “Daylight” by Matt & Kim and “Lust For Life” by Girls completely irresistible.  And “All The Trees of The Field Will Clap Their Hands” makes the hair on my arms stand straight up.  Finally, I think most of us can agree that any list that tried to compile the best album openers since 2000 that failed to include “Neighborhoods #1 (Tunnels)” by Arcade Fire would be a joke and a waste of even the Internet’s seemingly limitless resources.

A quick note about methodology: I intentionally took a very strict approach to this.  If an album’s first track was an intro or skit – only that intro or skit was considered.  That pretty much meant disregarding a lot of great albums including nearly every great rap album and some electronica (i.e. Arular, Geogaddi, Untrue, Los Angeles, etc.).  Additionally, I decided that bands/artists would not be represented twice on the list.  That meant having to decide between tracks like “Secret Meeting,” “Fake Empire,” and “Terrible Love.”  Deciding between “The Beast & Dragon Adored” or “Small Stakes.”  In these cases I decided to go with the track that I felt was a better opener as opposed to which one I thought was a better song.  In no particular order, here are Turntable Kitchen’s Top 20 Side One, Track Ones released since 2000:

I suspect I overlooked some really great opening tracks, and I’d love hear your take on what I missed.  If you are a fellow music blogger – how about stepping up and sharing your own list of your top side one, track 1’s since 2000?  Leave a link in the comments if you do!  Photo used via Creative Commons license courtesy of Bharani Padmanabhan MD PhD.  That sexy piece of Turntable?  That is the Bang & Olufsen’s Beogram 7000.

Single Serving: Washed Out – Within and Without