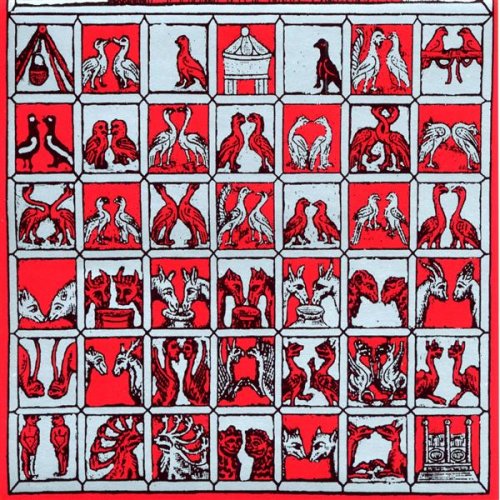 Califone’s Roomsound opens with the crisp clang of cuttingly sharp-edged acoustic guitar reverberating across a desolate sound scape. The opening track itself, “Trout Silk,” is sparse, countrified and yet complex and unconventional: especially frontman Tim Rutili’s engimatic, stream-of-conscious lyrics here, which are nonetheless evocative: “lane cyclone red / let your blackbone ease / let your hands forget”.  Retaining a certain earthy honesty, this cut, like much of Califone’s catalog, simultaneously balances between farm-house homeliness and invasive, urban grittiness.  And yet despite the adventurous spirit of Califone’s arrangements and songwriting, they never stray too far afield of the more traditional strands of music. The instrumentation is very clearly informed by American-folk and blues, and tracks like “Bottles and Bones (Shades and Sympathy)” retains an almost gooey pop-music foundation.  It’s clean but thoughtful.

Similarly, Kasey’s Rye Whiskey-Cured Trout recipe is countrified, experimental and yet never tastes unfamiliar or unnecessarily exotic. The fileted trout becomes silky and soft after being cured and simultaneously develops a faint, pleasant sweetness. It almost melts in your mouth.  We served it with crisp, pickled fennel, and, yeah, it was really really good.

Some readers might notice that this isn’t the first time I’ve paired Roomsound with a recipe (I previously paired it with the recipe for Zuni-style roast chicken).   This is merely a reflection of the fact that the album just felt like an intuitive pairing to me for both recipes.  Well, that and it is an amazing (and entirely underrated) album, and I suspect some of you missed it.  Aside from the beauty of the tracks mentioned above, the album is solid as a whole, from track to track, and songs “Wade In The Water” and “St Augustine (A Belly Full of Swans)” and “New Black Tooth” are absolutely epic and hypnotic.  If you keep missing this album – now is the time to do something about that.  Buy Roomsound from Insound (CD only – not sure that a vinyl was ever pressed).

Head back to the Kitchen to try Kasey’s recipe Rye Whiskey-Cured Trout. 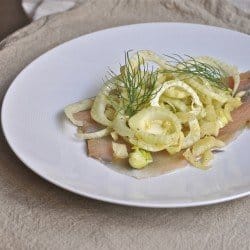