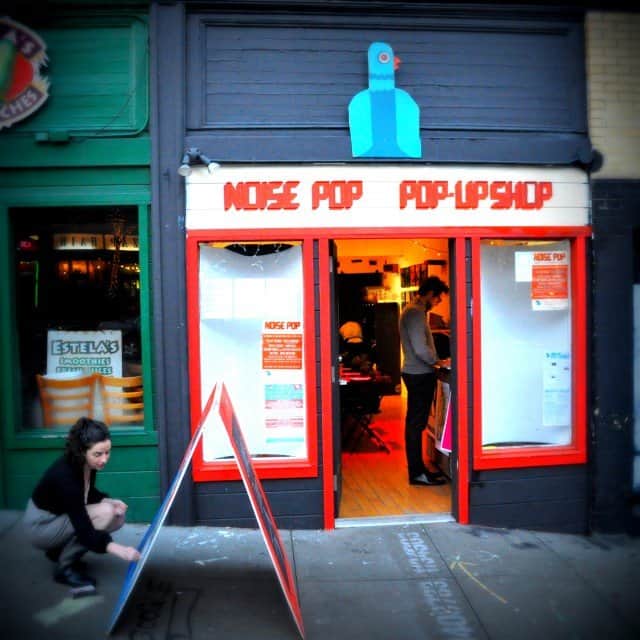 As you may have heard, this past weekend, Turntable Kitchen and FoxconSox hosted a series of underground supper clubs titled “Covers” :: a dinner of culinary and musical tribute :: for the Noise Pop Festival.  For Turntable Kitchen, it was our first ever physical “real world” event.  Here was the concept: the chefs we worked with would prepare 6 courses of culinary “covers” paying tribute to chefs that influenced them. Then, we would pair appropriate covers to soundtrack the meal. For instance, the first course was a cover of Chef Nobu Matsuhisa’s “New Style Sashimi.” Chef Nobu, a highly celebrated Japanese chef, has explained that his philosophy as a chef is that you should always cook from the heart (or “kokoro” as Chef Nobu would said). So, to pay tribute to Chef Nobu and his philosophy, I wanted to pair the dish with a collection of Japanese covers of popular love songs such as Nana Kinomi and Leo Beats cover of the Zombies’ “I Love You.” To accomapny Chef Achatz’s signature dish, “Hot Potato, Cold Potato”, I chose “cold” indie covers of “hot” R&B songs such as The Bird and The Bee’s cover of Rhianna’s “Don’t Stop The Music.”  The chefs paid tribute to Chef Michael Tusk with a dish titled “Homage to Winter” (ravioli, 6 ways, prepared using seasonal winter ingredients), for which I simply chose covers of songs about Winter.  For Chef Michel Bras, a rock star in the French culinary world, I chose French covers of popular rock songs.  And to accompany the “Pave of Suckling Pig” by Chef Humm, a hot up-and-coming chef from New York, I chose covers by my favorite up-and-coming artists.  Finally, for the dessert, a riff on Chef Herme’s “Tango”, I chose some blissed-out and contented covers that included Toro y Moi’s cover of “Human Nature” by Michael Jackson to reflect the blissed-out and contented feeling that can accompany a great meal.

Of course, many of our readers don’t live in San Francisco, and attendance was never an option.  Even if you were in San Francisco at the time, spaces were limited and the dinners sold-out very quickly.  Nonetheless, I put together a mix highlighting a few of the songs we featured during the dinners to share with our readers. Download it below. Finally, I want to thank Unholy Rhythms who helped me track down a number of these covers (including Kasey’s favorite: Sheila’s cover of Nancy Sinatra’s “Bang Bang”).  Enjoy!

Recap and Photos: Covers – A Dinner of Culinary and Musical Tribute