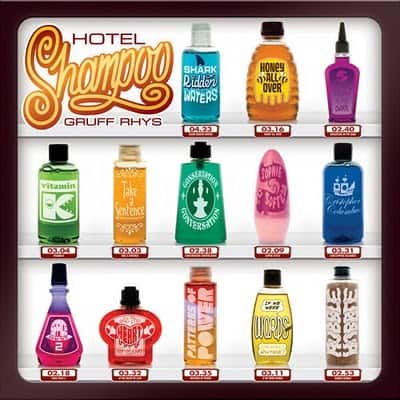 I hope you are enjoying a quiet and relaxing Christmas Eve. Things are quiet for my family in Ohio, but we will start our festivities later tonight.  In the meantime, I wanted to leave you with some upbeat pop.  And with that in mind: Gruff Rhys, the lead singer of the Welsh psychedelic rockers Super Furry Animals and one half of electro-pop duo Neon Neon, is about to venture back into solo artist territory with the scheduled February 14, 2011 release of his third solo album titled Hotel Shampoo.

And based on the wonderfully incandescent and gracefully shimmering qualities of the album’s first single “Shark Ridden Waters” it is going to be one hell of a great album.

The video for the track depicts Rhys and a petulant female companion cruising around in a beautiful Ford Mustang convertible committing various cons and heists (someone is getting a lump of coal from Santa).  Check it out below: