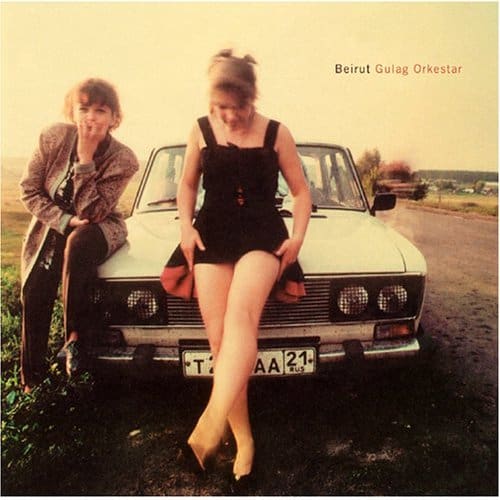 So I’ll start with a disclaimer: although Kasey’s Chicken Tagine is clearly inspired by Moroccan cuisine, I am not trying to imply there is anything Moroccan about the band Beirut. Nonetheless, both Kasey’s Tagine and Beirut’s music are inspired by cultures that are in my mind “exotic,” and for this reason I think that Beirut is an excellent pairing for this dish.
Beirut’s first release, Gulag Orkestar, and the subsequent Lon Gisland EP are two of my favorite albums of the past decade. I’ve used the last verse of the phenomenally beautiful track “Postcards of Italy” from Gulag Orkestar as my dedicated ringtone for Kasey ever since shortly after we started dating (now that we are engaged, it seems especially fitting since the lyrics to this verse are: “and I will love to see that day / that day is mine / when she will marry me outside with the willow trees / and we‘ll sing the songs we made”). For the uninitiated, Beirut is led by 23 year-old Zach Condon, who blends traditional Eastern European folk music with Western-style indie pop to create unique music with electrifying results.

Here is a video I recorded of Beirut – Postcards From Italy live at the Great American Music Hall in San Francisco back in October 2006; and here is another video from that show of Beirut – Ederlezi (Goran Bregovic cover).

Read the review in context with the chicken tangine recipe at eating-sf.com