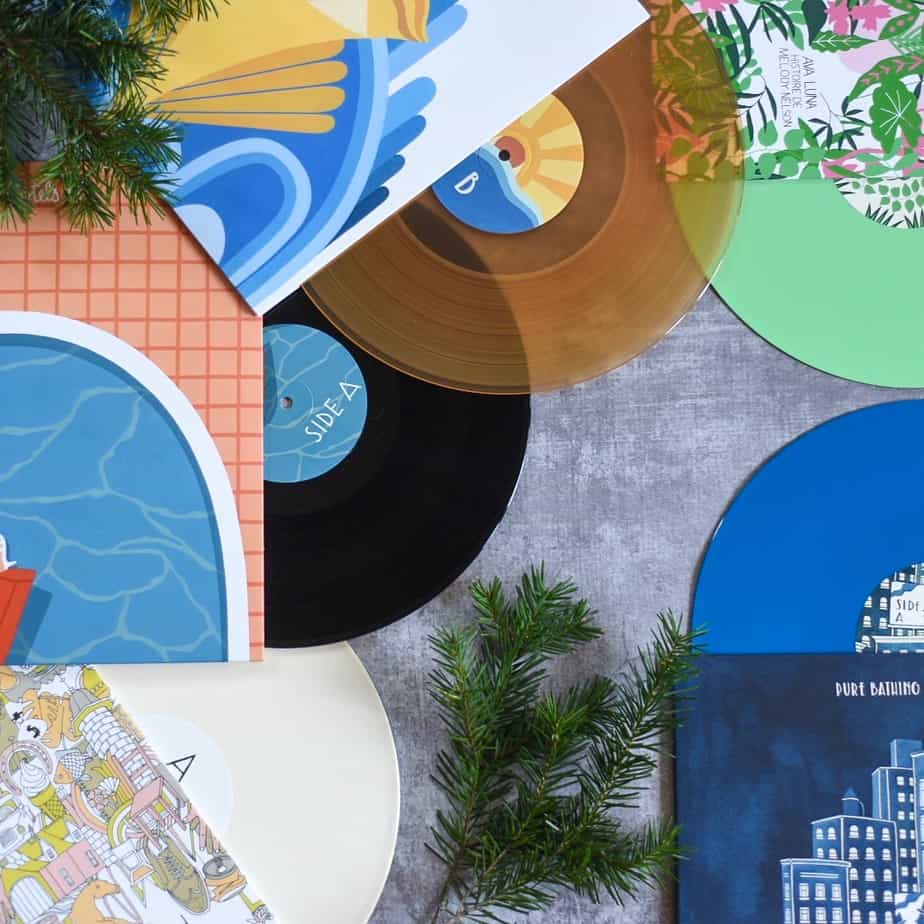 SOUNDS DELICIOUS is a new music subscription service for people who love covers and vinyl. We’ve asked our favorite artists to record full album covers of their favorite records.

This gift bundle collects twelve of our most popular SOUNDS DELICIOUS releases including several otherwise sold out releases (Note: this does not include the Frankie Rose cover of Seventeen Seconds or Yumi Zouma’s cover of What’s The Story Morning Glory which are both completely sold out) on limited edition vinyl. Buy all twelve and save! You’ll receive:

You’ll receive the best available variant remaining in stock including at least one deluxe multi-color variant and a couple of colored vinyl variants. Many of these are either already sold our or nearly sold out. Act fast!