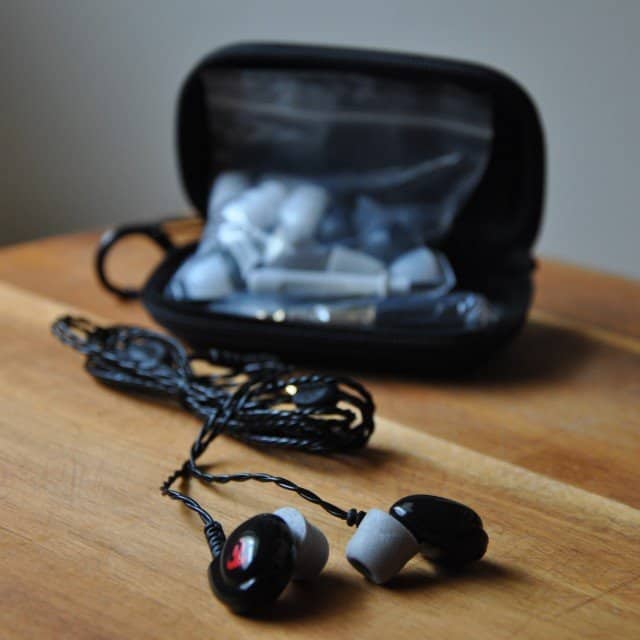 For our second post in the Musical Pairings’ Recommended Products section, we feature the Westone 3 true fit earphones.  The 3’s are true three-way driver in-ear monitors (each earphone features a dedicated low driver, mid driver and high driver thereby allowing for more precise sound reproduction) that  are perfect for any audio enthusiast who wants a pair of compact earphones for use on airplanes, public transit or at the gym.   They are comfortable to wear, provide excellent sound isolation, and produce a fantastic warm and punchy sound that will beautifully compliment pop, rock, hip hop and electronica. I’ve pretty much lived in my Westone 3’s ever since I received them.  I’ve listened to countless albums of varying styles/genres, and have never failed to be impressed by their performance.  Nonetheless, for the purpose of the review, I listened to a number of albums in different styles as I did for my prior review of Bowers & Wilkins p5s in order to evaluate the Westone 3’s performance on different albums.  I listened to Spoon’s Gimme Fiction, Washed Out’s Life of Leisure, Boards of Canada’s Geogaddi, Miles Davis’ Live Evil, and Jay-Z’s The Black Album.

So even before discussing their performance on individual albums, I can say that they performed beautifully across the board for each of the album’s I tried with them as they offered a very spacious sound stage with nearly pristine sound reproduction.   Gimme Fiction is one of my favorite albums to use for reviewing audio equipment because it provides lots of opportunities to evaluate a piece of equipment’s ability to replicate small sonic details and textures that are frequently hidden by lesser equipment (for example I listen to determine how distinctly noticeable are the two deep inhalation-like sounds that precede the first lyrics on “The Beast & Dragon Adored”), yetwhether the equipment in question can still produce a warm, palpable bass to give life to a rock song.   The Westone 3 beautifully revealed all of the depth, nuance and beauty in the mix.  When listening to Jay-Z, the bass rumbled magnificently on The Black Album.  Indeed, I honestly don’t know that I  had ever before heard so much space and cleanliness in the production of The Black Album.  Life of Leisure and Geogaddi both sounded crisp and enveloping.  The instrumentation on Live Evil sounded distinct and clear.  Again, the Westone 3’s performed to my expectations on each album. So, let’s review the specs from the Westone 3 website:

Sounds pretty good, right?  They really are.  I’ve tried a number of different pairs of IEMs (in-ear monitors) including a pair each by pretty much all of Westone’s IEM competitors, and I can say without hesitation that the Westone 3’s blow the competition out of the water.  These are easily the best IEM I’ve tried to date, and the only pair that I believe would satisfy most discerning audiophiles.  The Westone 3’s list at $569.00, but can be purchased from Amazon at the time of writing for $445.44.   Even better, they are available directly from Westone for $399.